I enjoy putting my own spin on traditional recipes. Jamaican Sweet Potato Pudding is one of them, and it is a popular sweet treat. The Bacardi Guava Rum Sauce, on the other hand, is the star of this recipe. It’s so good that I could eat it with a spoon or spread it on bread or crackers; It is that good!

Sweet Potato Pudding is a long time favorite Jamaican sweet treat. I fell in love with potato pudding as a child. My church sister would sell potato and bread pudding after church services on Sundays. In my eyes, she was and still is the Pudding Queen.

“Hell A Bottom, Hell A Top and Hallelujah In The Middle.”

If you’re a Jamaican, you’ve probably heard the expression “hell at the bottom, hell at the top, and hallelujah in the middle.” It’s the classic way authentic Jamaican sweet potato pudding was baked.
Back in the day, ovens were uncommon or non-existent in Jamaica. So our grandparents or great-grandparents baked on an outdoor coal stove.

On hot coals, the sweet potato mixture was cooked in a “dutch pot.” To create the illusion of an oven, a zinc sheet was placed on top as a lid, and hot coal was layered on top.

The hallelujah in the middle represents the delicious goodness of the sweet potato pudding sandwich between hot coals on the top and at the bottom.

Foods or meals that are cooked on an outdoor stove acquire an unexplainable flavor and texture that you would not necessarily taste in meals cooked on a gas or electric stove.

I always had a good time when I went to see my Grandma in the country area of Jamaica during the summer. She cooked all of her meals on her outdoor coal stove at the time. I specifically recall watching her bake sweet potato pudding on her coal stove.

It was my first time witnessing an authentic Jamaican sweet potato pudding being baked in a “coal oven.” It was a fascinating experience, and best of all, I got to eat this Jamaican sweet delicacy. 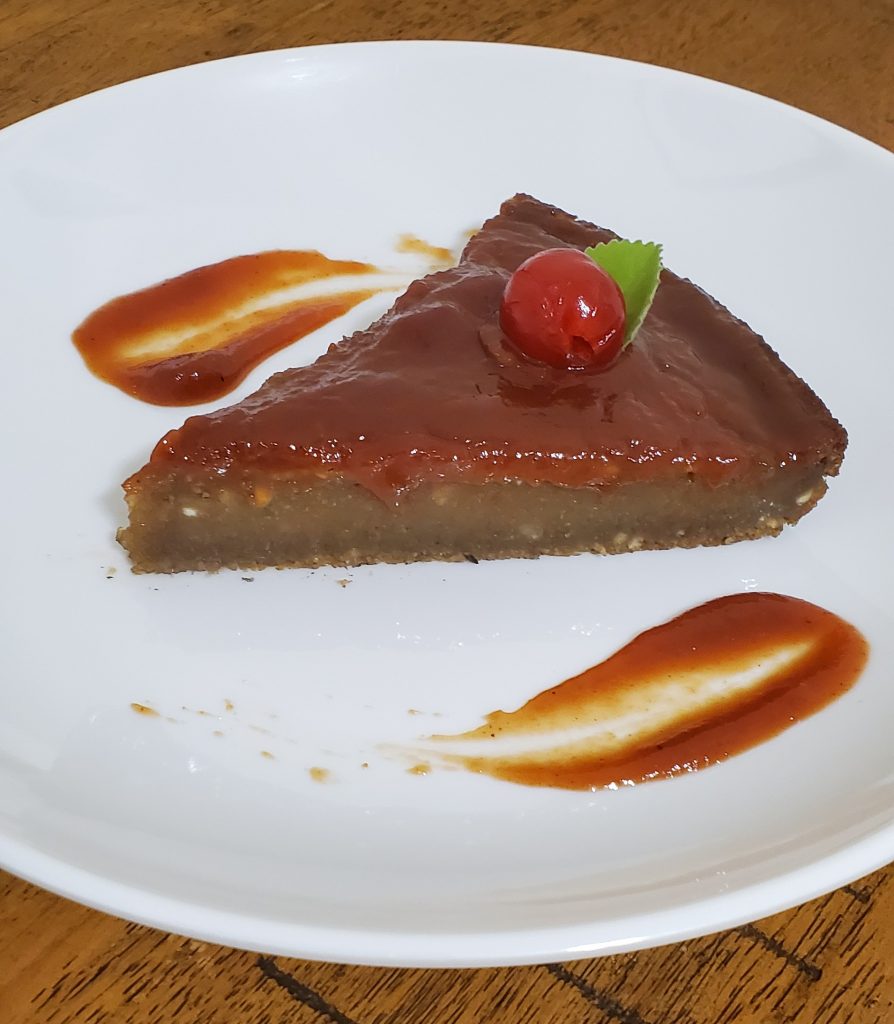 When I first moved to the United States, I was perplexed by the various types of sweet sweet potatoes that appeared to be quite different but were all referred to as sweet potatoes.

The USDA later changed the name of the white flesh sweet potato to yams to distinguish it from the orange American sweet potato. However, in the Caribbean, particularly in Jamaica, YAMS are a completely different type of food. It’s one of our favorite starchy root tubers and goes well with a variety of dishes. 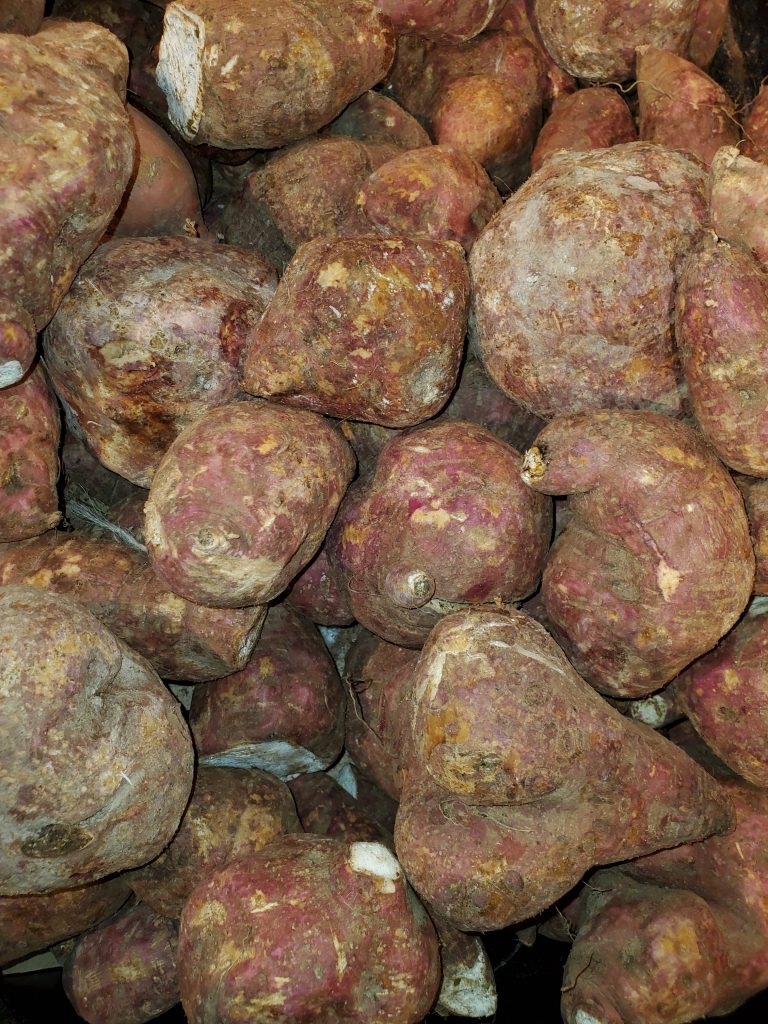 Caribbean sweet potatoes, or yams as they are commonly known in the United States, have thinner, reddish-purple skin and a rougher exterior. The interior is white.

Because Jamaican sweet potatoes or yams contain less water, they are drier, harder, and starchier in texture. They quickly oxidize and turn brown.

They can be found in some supermarkets, but you can also get them at your local “Korean” or Caribbean market in the United States.

These are grown in the United States and can be found in most grocery stores.

Sweet potato skin is thicker, smoother, and brownish-orange in color. The interior is a vibrant orange color.

They are softer and silkier in texture when cooked due to their higher water content.

During the Thanksgiving season, they are frequently used in the preparation of dishes such as sweet potato pies and candied yams. 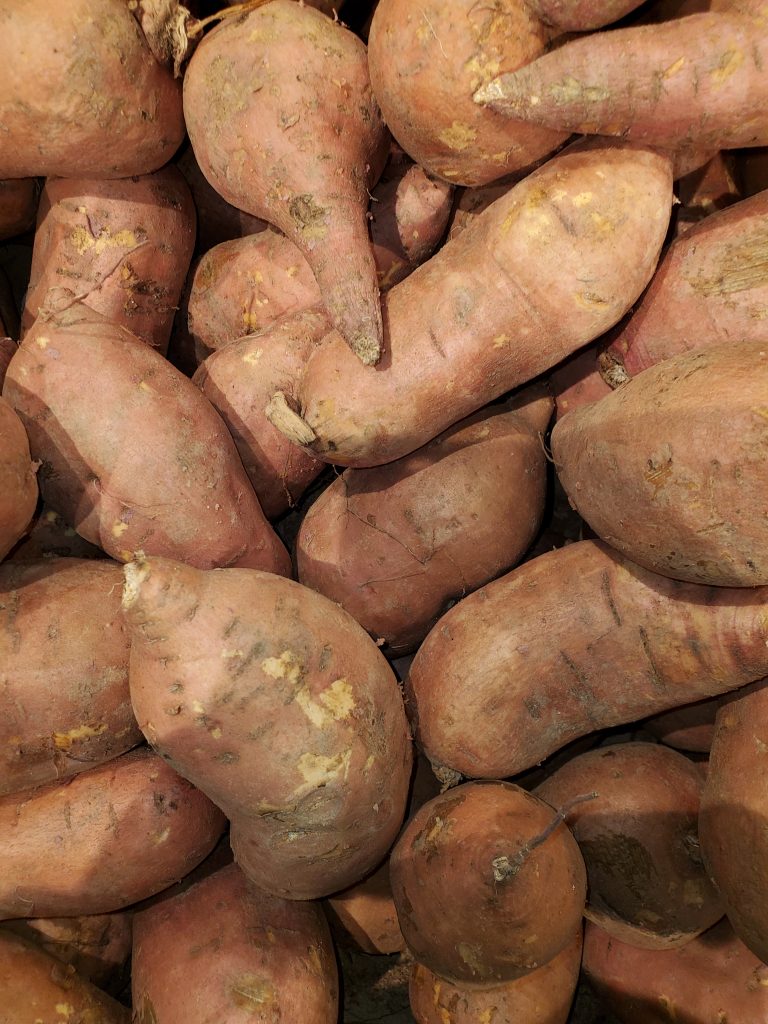 It doesn’t matter whether you prefer sweet potatoes or yams; both are high in nutrition and have numerous health benefits.

When eaten with the skin, sweet potatoes are a good source of fiber. 1 medium sweet potato with skin contains about 4 g of fiber.

Both yams and sweet potatoes are high in vitamins and minerals:

Vitamin A or Beta-Carotene

Healthline provides detailed and in-depth nutrition information on both yams and sweet potatoes.

You will also enjoy my blog on the Immune Boosting Power Of Carrots.

Here are all the ingredients You Will Need. 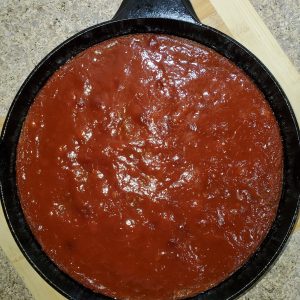 Cast Iron pots are my favorite cooking utensil. It's very functional and you can cook and bake almost anything in this pot. It conducts heat very well and gives your food a nice crust on the outside. If you do not have a cast-iron pot, a regular baking tin is also suitable. I used a 12 inch cast iron pot. If you can use a similar size baking tin, it will be ideal. This size will allow for the sweet potato pudding to cook faster and you will get the added benefit of a nice crust on the outside. Some people add "yellow yam" to their sweet potato pudding. I chose to use cassava because I love the texture that it gives to the potato pudding. You can use any flavored rum. I love the taste and flavor of Bacardi Coconut Rum. Therefore, I use it as a flavoring agent when baking or cooking.
Keyword Bacardi Coconut Rum, Guava, Jamaican Dessert, Jamaican food, Pudding, Rum, Sweet Potato 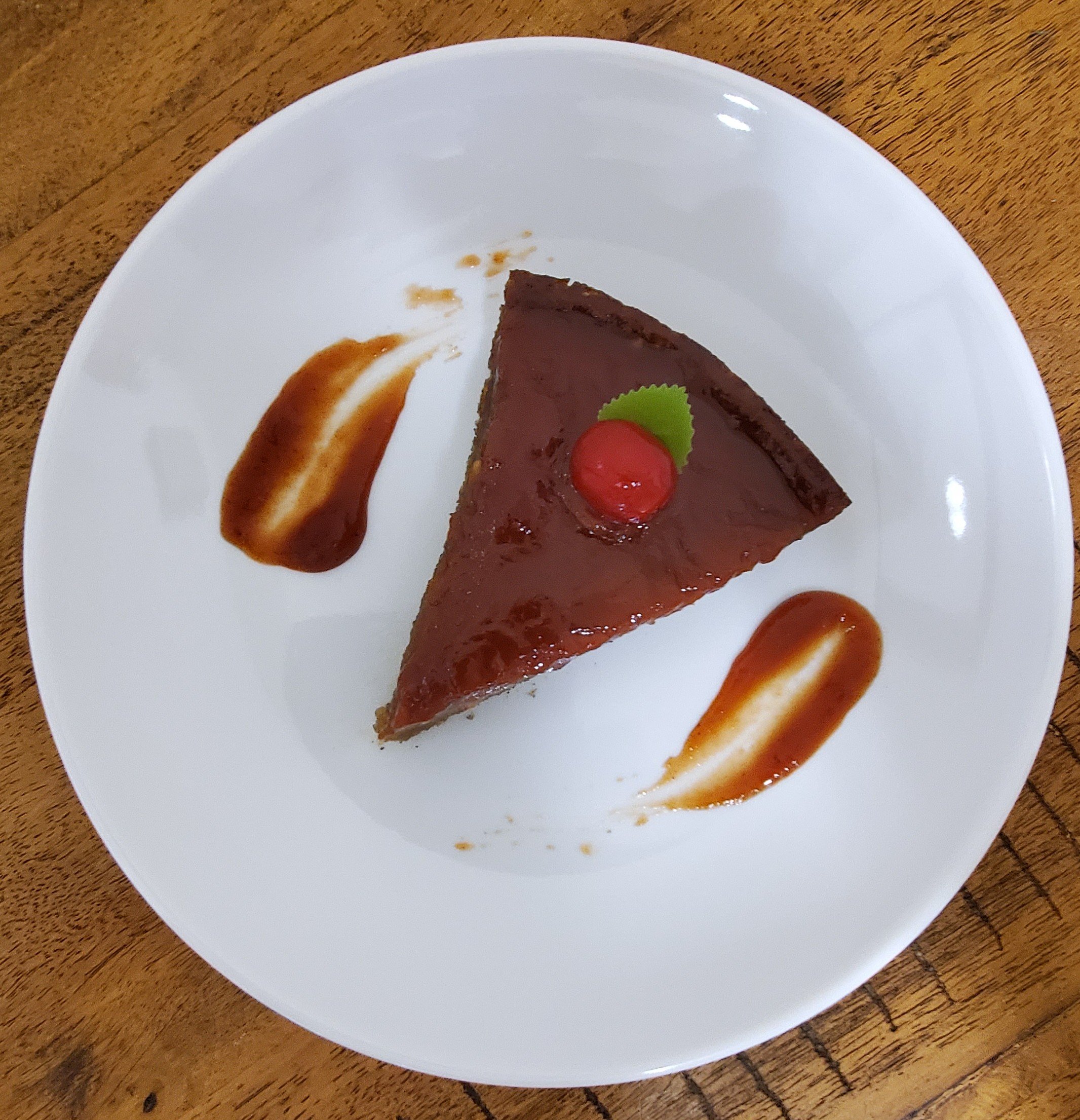 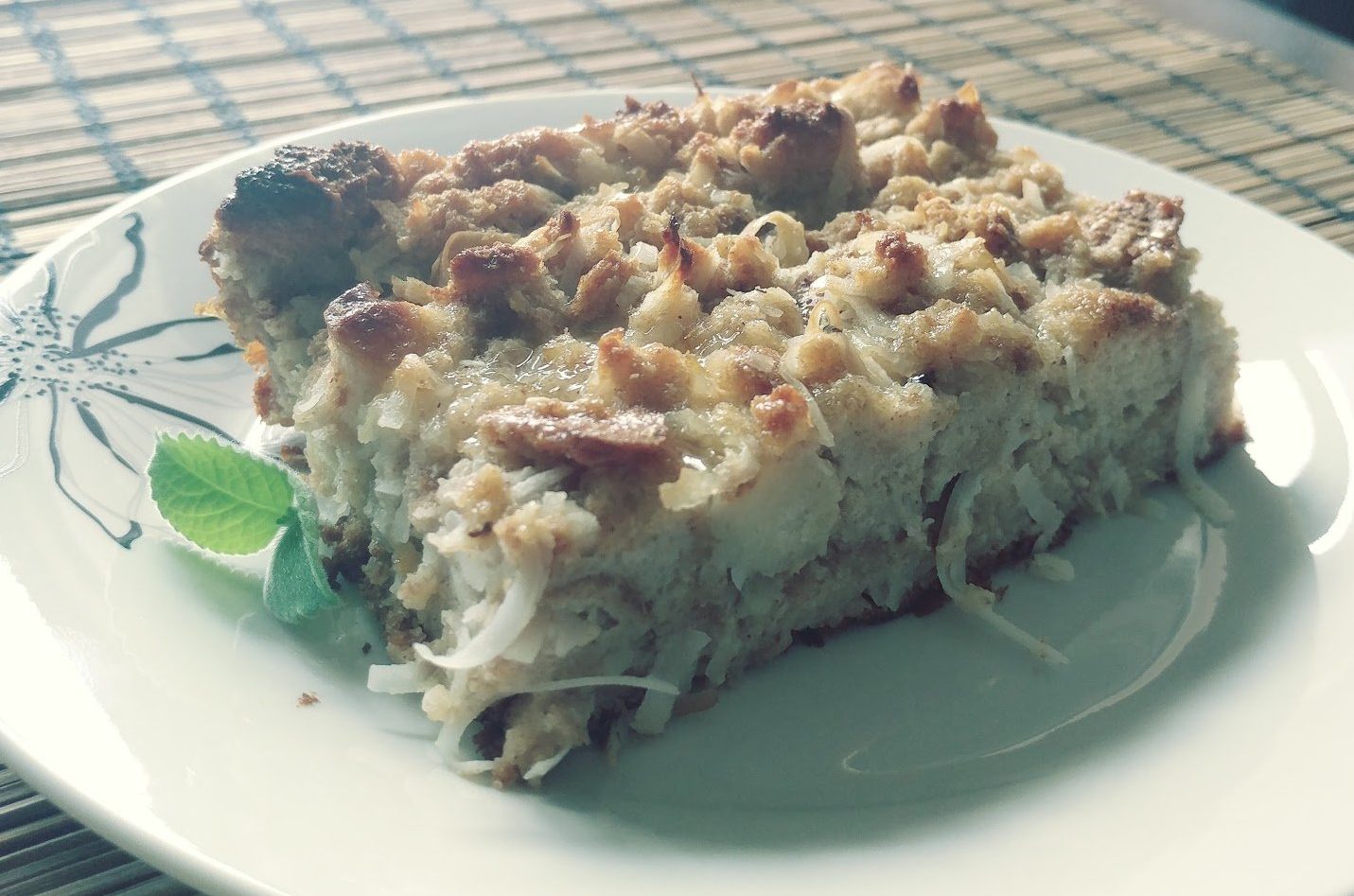 You will also love this very tasty sweet treat. Click HERE for more details or click on pick to take you to the blog.

Here is another great read. You will enjoy my top favorite bakeries i have visited and enjoyed. Click HERE to take you to the blog. 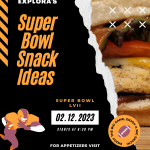 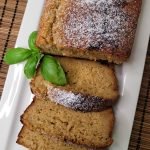